Owners Mark and Laura, married in 1997, are from small East Texas towns, Emory and Grand Saline respectively. They were both raised with small-town values, such as, faith, family, and taking care of their neighbors. Laura was an elementary and middle school teacher for 22 years, teaching special education and art. In 2019, she retired from teaching to help full-time with the heating and air conditioning business. Their first child, Madisyn was born in 2004 and 5 years later, their second child, Sy came along. Graduating from Aledo ISD in 2023, Madisyn plans to pursue a business degree. While he still has quite a bit of time to figure it out, Sy wants to be the best a/c technician in Texas or become a Lego designer. 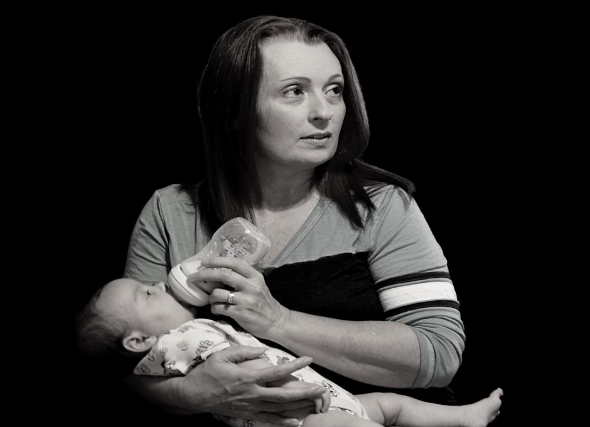 Graduating as Valedictorian of her high school class, Laura went on to receive a degree from Texas A&M in education. Laura’s coworkers widely respected her, and her students loved her. As a result, she was awarded teacher of the year in 2015. In her spare time, Laura enjoys reading, creating artwork, genealogy, and spending time with her family. 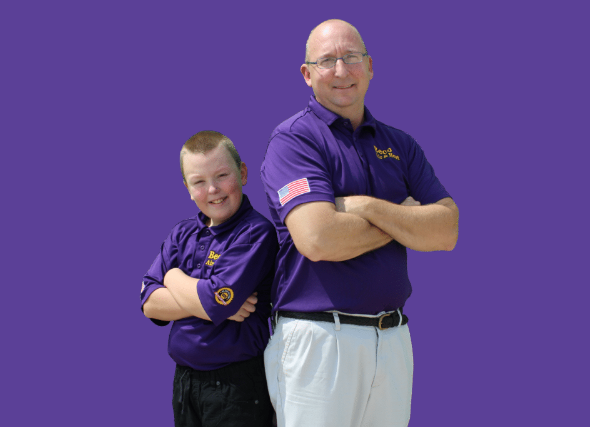 After graduation, Mark went to work for the local air conditioning company in his hometown during the day and went to school at night. He earned an Associate’s degree in HVAC. Mark and Laura decided to move to the DFW area after the birth of their first child. Mark started his HVAC career as a parts runner and helper, working his way up. Because of his flexibility and desire to learn everything about his career field, he has worked in all aspects of the HVAC business. For example, he has answered phones, ordered parts, filled inventory, ran service, installed equipment, and did whatever else needed to get done.

After moving to the metroplex, Mark could see a big difference in customer service from the small town he was from to the environment where he now resides. Mark has always focused on the customer’s needs, and in doing so, he became one of the most sought-after technician trainers around, training service technicians from all over the country. The customer experience has always been his driving motivator.

"I learned that you get what you pay for in this life. From then on, I always bought the best materials the customer could afford and did the job to the best of my ability no matter how long it took me."  -Mark Cowden

My earliest memories involve holding the flashlight for my dad as he repaired a kitchen sink or helping him fetch tools when he was performing carpentry work. My dad was the local handyman in the small town I grew up in. Nowadays, when I think of a handyman, I think of a jack of all trades and a master of none. But, that was not my dad. He was born and raised in Dallas,TX. Before relocating his family to a small East Texas town, he was the Senior Facilities Manager for some very large companies, where he managed maintenance and repair technicians.

As a handyman, you can imagine that he was in high demand. He always charged less than what the work was worth. He wasn’t cheap, it’s just that the work he did was always worth more than what he would charge. He would always buy the more expensive materials and take longer to do the job than others would. To this day when I go back home, I drive around that little town and I’m proud to see work he did 30 years ago that still looks great. Windows, doors, patios, sprinkler systems, you name it.

As a little kid, I would go and help him just because I wanted to be in his company. As time passed and I entered into high school, I began to do jobs for him on my own. We butted heads a lot at first. I would want to buy the less expensive materials and cut corners to make a little extra money. He would get upset with me after seeing the finished work I had done. At first, I thought he was just being too hard on me. But then I began to see how my work began to get callbacks from some unsatisfied customers. Sometimes this would happen months later. I would then have to go back and repair my less-than-quality work. Most of the time, I’d do this for free. But it was not the money that bothered me, it was the fact that these were people I knew and I saw them in town regularly. I felt like I was tainting my family’s reputation. I knew I had to make some changes in my work. My work was not terrible, it just was not what locals had come to expect from my dad.

I learned that you get what you pay for in this life. From then on, I always bought the best materials the customer could afford and did the job to the best of my ability no matter how long it took me. In my senior year of high school, I knew I could not do four more years of school. It’s not that I was not smart enough. I could have gone to UT or Texas A&M. But I have ADHD and I wanted to go to work. I did not want to be a handyman, however. My brother had finished his training as a master plumber and I knew that’s not the path I wanted to take.

I always enjoyed HVAC and wanted to learn more. So, I enrolled at Tyler Junior College after my graduation. I did not know it at the time but TJC had one of the best HVAC programs in the country. Two major HVAC manufacturers are based in Tyler - Trane (formally GE electric) and Carrier. The HVAC program was run by the senior engineer at Train. There were three other engineers that also taught classes. There was a skilled labor shortage in the early '90s, much like today. The engineers worked their day jobs and then taught classes at night. Shortly after, I got a job with a local A/C company as a helper. I went to school five days a week and three nights a week. The program stretched over a period of two years. At the time I was required to attend basic classes as well as HVAC classes, so I ended up with an Associate's degree.

With a young wife and wanting to start a family, we came to realize it's hard to make a living in a small town, so we moved to the metroplex. I got a job with a mid-sized HVAC company. Although it was a good company, the customer service was very different in a large town, compared to the small town I came from. Everything moved at a much faster pace. Mostly, the goal was to get the job done quickly, collect the money and move to your next customer. This was a hard adjustment to make. I made my way through the ranks and have worked in just about every position in the HVAC world.

Realizing the need for a customer-satisfaction-focused approach in the HVAC industry, we managed to save up and bought the HVAC company we now own today - Beco Air & Heat, and we haven’t looked back since!

Mark and Laura purchased Beco Service Inc. From Bruce and Chanda Harville in 2019. Established in 1974, Beco Service had gained a reputation for great customer service and developing relationships. It was just the type of company Mark and Laura wanted. Although Covid -19 hit only months after purchasing the company they pushed forward trying to find ways to provide even better service. The first step was to start with the Beco team, providing weekly training dedicated to making sure every team member focused on exceeding the customer’s expectations. Next came implementing dispatching software to let the customer know when the technician was on the way. In addition, Laura created the Beco Club membership program. Understanding Covid-19 hit a lot of families hard, we now offer a monthly membership program. 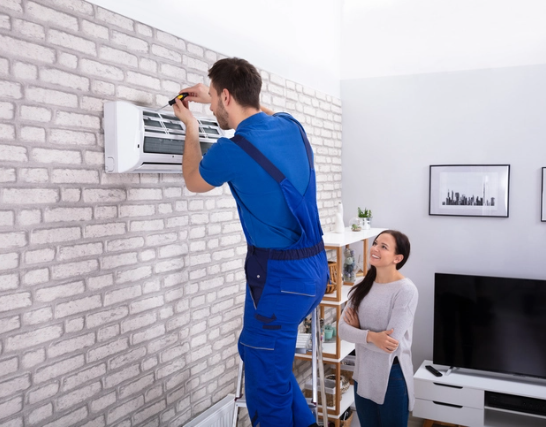 Beco provides great service and expertise. Mark has always been professional, responsive, and eager to fix any problems. Goes above and beyond.

Educated the client well. Installed system quickly and in very poor environmental conditions. Had to make changes to the duct system under the house, change and manufacture new sheet metal guards, and dig the foundation for a new pad. The system worked like a charm and the price was surprisingly reasonable. Old BECO owners would be proud and I certainly am. They also took care of my next-door neighbor who had extensive work required, in and out of home, and again in bad environmental conditions. She was smiling afterward. Their reputation is clearly an important priority for their business.

Excellent Service, Came out quickly and was able to quickly troubleshoot the problem and make a workaround since the part will not be available for a while. Greatly appreciated!

Jeremy is professional and does a great job of explaining the issue and fix!

BECO is second to none, always professional and courteous. They always get the job done. We have used for 15 or more years.

As always, our Beco technician was friendly, knowledgeable, and on-time for this Spring's tune-up of our HVAC system. I'm always impressed with how thorough and friendly every person is from Beco. Great company to work with!

We have used Beco Services for all our AC and heating needs for many years. They are always on time, professional, and they do excellent work! We would highly recommend them to everyone! 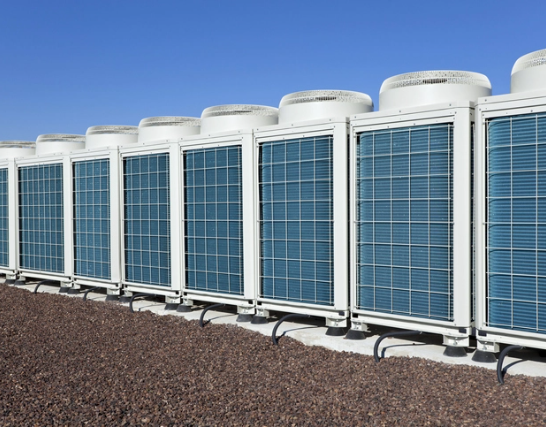 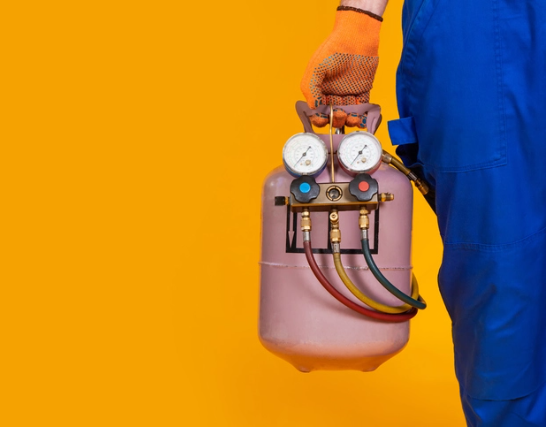 At Beco Air & Heat, we’re ready to help residents and businesses with a wide array of heating and cooling needs. We offer services as simple as routine tune-ups to as complex as a complete system redesign and installation. If you want to stay comfortable in the changing weather of Tarrant County, let us help. We offer high-quality heating and cooling services. In addition, our company maintains an A+ rating from the BBB. Our NATE-certified technicians can work on any make or model of heating or cooling system.

Backed with a 10-year warranty on parts and labor on select systems, our work is guaranteed to exceed your expectations. We provide a lifetime warranty on our craftsmanship. All new systems come with a 1-year replacement guarantee. Our Beco Club maintenance agreement can keep your system running smoothly year after year.

Get a FREE Estimate on a Complete System Replacement